I’ve been in the car business for over 40 years and apart from the years where Sales Tax was reduced or taxation incentives were increased, there haven’t been too many budgets that have given the car business reason for joy-jumping. A number of years ago, accelerated depreciation for equipment including cars under $22,000 ($20,000 ex GST) was introduced. Car dealers, their state bodies and even the AADA have been consciously ignorant of promoting that benefit to small, medium and even large business owners.
Just yesterday I sold a used car to a small business. When I mentioned accelerated depreciation factor to them, they had no clue as to what I was talking about. And then the customers were very grateful that I’d mentioned it – a $2000 GST rebate AND accelerated depreciation was almost too good to be true.

And where would the AADA suggest that revenue lost to tariffs and luxury car tax be cut from to sooth their members? Infrastructure? Tax relief for those on a low income? How about schools, health and the like?

I say to the AADA, check your opinions on reducing import tariffs and eradicating the Luxury Car Tax. Those who pay LCT are those who can more afford the tax than the battlers. Battlers don’t buy Lexus, Audi’s, BMW’s and Mercedes. They don’t buy Ferrari’s, Aston Martin’s and Lamborghini’s. They buy value for money vehicles that get the job done for their families. And arguably, motor cars in Australia are very inexpensive and as safe as many other of the OECD countries

Blackhall went on to say ” “Increased taxes on the sale of new cars by various levels of government simply force consumers to pay more and in the process hurt many of the people working in the automotive industry, such as sales staff, finance providers and workshop technicians”. Blackhall seems to be forgetting that annual sales over the last few years have increased year on year and are set to do the same in 2018. Seems to me that the industry is doing pretty well despite. 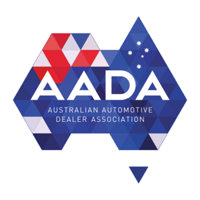 “The Australian Automotive Dealer Association (AADA) says it is disappointed tonight’s Federal Budget failed to announce the removal of new car taxes such as the luxury car tax.

AADA has expressed its disapproval of what it describes as a “missed opportunity to reward consumers and local businesses.”

“Unfortunately, both the passenger vehicle tariff and the luxury car tax remain on the books and will collectively generate almost $1.3 billion in 2018-19, significantly more than previously forecast,” he says.

“The first budget since the cessation of local passenger vehicle manufacturing provided the Government with an opportunity to modernise the taxation regime for new cars.” 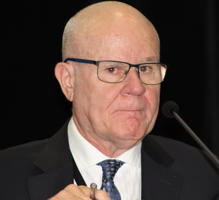 Blackhall says as the Coalition government is looking at an election later in the year, it could have benefited consumers and small business by making new safer cars more affordable.

“The sale of new cars brings significant societal benefits as they are safer, more environmentally friendly and more fuel efficient,” he explains.

“Improving road safety, reducing vehicle emissions and bringing down energy costs are all Government priorities and these taxes hinder progress towards these goals.”

Its news he says won’t help the AADA’s 1500-plus automotive franchise businesses, nor support the automotive industry.

“Increased taxes on the sale of new cars by various levels of government simply force consumers to pay more and in the process hurt many of the people working in the automotive industry, such as sales staff, finance providers and workshop technicians,” he adds.”